How Problems With Your Mental Health Lead You to Destructive Behavior

This issue features an article by Adam Durnham

Depression can lead to many dangers, including increased suicide risks. Those who suffer from depression sometimes turn to drugs, alcohol and some life-threatening behaviors that may compromise their safety. This is how they subdue the pain brought by depression.

According to Pamela Cantor, lecturer and a psychologist at the Harvard Medical School, high-risk behaviors and depression are strongly linked.

Unsafe sex, cutting, drug abuse, and excessive drinking are examples of self-harming actions that might give temporary comfort from an overwhelming emotional pain — a kind of pain most experts call as “psychache.”

Despite being a newly coined term, “psychache” is actually a very common scenario you can witness in various therapists’ clinics. Dr. Cara Gardenswartz, a well-known clinical psychologist engaged in private practice and also a UCLA instructor, said that approximately 30 percent of the clients coming into her clinic for depression have tried engaging in “self-damaging or threatening behavior.”

As a matter of fact, even New York’s Fordham University researcher and professor Dr. Peggy Andover

revealed that in her study of young people engaged in non-suicidal self-harm, it was clearly shown that those who engage in self-harm have more elevated levels of depression symptoms.

Further, Dr. Andover’s study revealed that these young people often scratch, carve, burn, or cut their skin when they feel distressed. These acts reportedly made them feel better about themselves. There is little data on how frequent people who are distressed engaged in non-suicidal self-harm, however, the fact remains that they are more vulnerable to depression. Also, new research efforts also reveal that self-injury comes after the depression, and not otherwise.

These facts clearly highlight the need for dual diagnosis treatment.

Depression and other mental health problems can uncover intolerable feelings most people undergoing dual diagnosis would want to escape. For instance, a man suffering from depression who spent time surviving a neglectful and violent home might resort to drinking to numb the emotional rage he is feeling, along with having low self-esteem.

While there are many high-risk and self-injurious behaviors that stem from the need to numb oneself from anxiety, shame, anger, and feelings of being at a total loss, there are many secondary reasons, too, said Dr. Gardenswartz. These reasons include the fact that the person is downright miserable.

According to Dr. Mary Carole Curran of St. Louis, if a person is depressed or if they feel that no one truly cares for them, their corresponding self-inflicting behaviors may mean that they believe that they deserve nothing and that they don’t deserve to be happy and to be healthy. This is where we have to really pay attention as this might be the person’s cry for help.

In some cases, people adopt certain dangerous and self-injurious patterns simply because their own families, especially the parents, have long been modeling such behavior. A classic example of this point is when children end up with drinking problems when they become adults since their own parents have also struggled with such a problem when they were still kids.

The Price You Have to Pay for Self-Destructive Behavior

When a depressive individual commits self-injurious acts, the price they have to pay physically is quite obvious — skin scarring from cutting off their own skin, infections, HIV or STDs due to unprotected sex, liver cirrhosis due to excessive alcohol intake.

Aside from these emotional and physical repercussions, self-destructive behavior can easily lead one to commit suicide or suffer accidental deaths.

According to Dr. Cantor, these actions and behavior are actually ways of relieving physical and emotional pains and avoiding suicide. However, individuals who are engaged in self-harm have even greater risks of suicidal behaviors and suicide compared to other people. Should these symptoms be left untreated, suicide plans, attempts, and suicidal gestures are the most likely result. If not, Gardennswartz notes that an individual who doesn’t have suicidal motives may accidentally die from a car crash or drug overdose.

Treatment for suicidal behaviors should center on and focus more on the fundamental, inherent causes, said experts. This is the reason why dual diagnosis treatment is ideal in these circumstances.

Finding where the self-destructive behavior is coming from is the key to knowing how to deal with it. Most of these self-injuring behaviors emanate from the past trauma experienced or witnessed by the individual. The pent-up energy brought about by these traumatic past manifests in the form of risky behaviors, depression, and anxiety. Confronting and dealing with the trauma head-on is the best way to minimize it.

Aside from supportive psychotherapy, a new approach to deal with this problem is by prescribing and administering antidepressant medication. Also, the patient can learn avoidance techniques from their therapist to be able to avoid triggers and avert self-injuring behaviors.

In these conditions, the affected individual has to remove himself physically from events and circumstances that can solicit and trigger self-injuring thoughts and behaviors. One example would be an individual who is more prone to abusing alcohol or cutting himself has to clear his immediate environment and surroundings with alcoholic beverages or with blades to avoid any injury.

Aside from physically removing any trigger in the immediate environment, depressed individuals can also try activities which don’t cause any kind of physical and emotional damage to them. For example, they can try meditating and doing yoga or any kind of relaxation, instead of drinking or cutting themselves.

If you or a loved one is suffering from self-injuring or self-destructive actions, seek professional help today and avoid more damaging and fatal results. Also, you might want to explore the advantages of dual diagnosis treatment. Here, both the addiction problem and the accompanying mental condition are being treated, so you can get to the bottom of both problems. 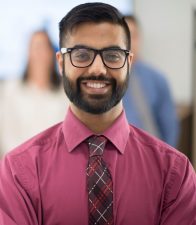 Adam Durnham is a freelance blogger that specializes in mental health and addiction. He currently lives in Detroit, Michigan with his dog Beignet.

Do you have an article on mental health, addiction, substance abuse, mental health advocacy or other important topic you would like to submit?

or fill out the form below