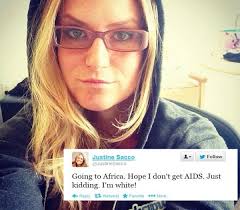 I was reminded of Stan Lee’s memorable quote, “With Great Power Comes Great Responsibility” after reading trending on-line articles about 30 year-old Justine Sacco, a former PR executive with IAC Media Company who literally tweeted herself out of a job after igniting a storm of controversy on Twitter from her “needless and careless tweet” about AIDS in Africa.

What makes the debacle Sacco created so shocking, is the fact that she was head of corporate communications for IAC, a media company that operates websites such as The Daily Beast, About.com, CollegeHumor and Match.com along with many others. Sacco’s job duties were to communicate with reporters from the media; which made her Twitter comment about the AIDS epidemic in Africa even more shocking and disturbing. You would expect that in her position as a Public Relations Executive, Sacco should have known better and exercised some impulse control. Once you post or tweet your inner thoughts or beliefs into cyberspace – they become available for the entire world to not only see, and in Sacco’s case – the potential to cause a significant and swift reaction if these thoughts are offensive to others.

While waiting to board a flight from London to Cape Town, South Africa, Sacco tweeted the following from her personal Twitter account: 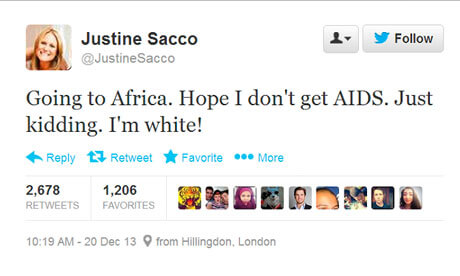 During the course of an 11-hour flight and without access to Internet Wi-Fi, Sacco had no idea that her highly offensive and racist remarks had been re-tweeted nearly 3,000 times – which demonstrates the amazing power and speed of how quickly information can be shared over the Internet. Her comment was eventually picked up by Buzzfeed and literally went viral on Twitter, with the #HasJustineLandedYet; and turned the former Public Relations Executive into an unknowing and infamous Twitter superstar before she even landed in Cape Town.

After Sacco landed and discovered that her offensive comments about AIDS had gone viral, she deleted the tweet as well as disabling her Twitter and FaceBook accounts – but by then, it was too late. Sacco was swiftly sacked by her employer.

IAC, the parent company for over 100 websites including a dating site for African-Americans, released a statement regarding the offensive tweet:

It read: “The offensive comment does not reflect the views and values of IAC. We take this issue very seriously, and we have parted ways with the employee in question.” 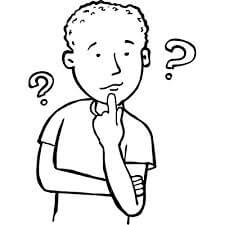 Take Time to Pause, Think, and Deeply Reflect Before Acting on that First Impulse!

While the power of the Internet can be used for many positive things [e.g., to promote inclusion, raise social consciousness and our awareness to address social challenges], it also can be used as a negative force as well. Bottom line – take time to pause, think, and deeply reflect on how your ideas may be received before blindly posting that tweet or responding to someone’s post…. or be prepared to face the consequences.

Wishing You All The Best For The Coming New Year,

or fill out the form below